The Connor Brothers
‘I Can Resist Everything Except Temptation’

For our first exhibition of 2020 Private & Public Space will be showcasing recent paintings by the artist duo The Connor Brothers who have become some of the most sought after and collectable artists of their generation. Internationally acclaimed these art world superstars have gained a huge following who admire their well-crafted witty paintings which combine 1950’s ‘pulp fiction’ imagery and satirical text.

Twins Franklyn and Brendan Connor were brought up within a secretive and highly controversial cult known as ‘The Family’. Born out of the hippy movement in 1968 and founded by David Berg ‘The Family’ was an extreme Christian cult whose members believed in something called ‘The System’. Other children brought up within the cult include the Actors River and Joaquin Phoenix. As children the twins were deprived of access to information from outside of their commune. Without access to mainstream media their knowledge of the world was limited to the teachings and interactions they gained from other cult members.

At sixteen the boys turned their backs on The Family and ran away from home. After several years riding the freight trains they settled in the Brooklyn area of New York. Having been starved of information for so many years Franklyn and Brendan were initially overwhelmed by the outside world but soon developed an insatiable curiosity and a remark- able appetite to learn. They developed a system whereby each of them would read, watch and discover things independently and then share them with one another via a series of notebooks and sketchpads.

This interaction developed into making art together, a process they describe as ‘trying to make sense of the world.’ Their often humorous work is steeped in references to both historical and popular culture and presents an almost anthropological view of contemporary western society.
Now in their early twenties the twins split their time between New York and Missouri. The Connor Brothers are fictional characters created by the artists known as the Connor Brothers.

“I Can Resist Everything Except Temptation” is one of their largest exhibitions to date, and the first time they have exhibited in the Channel Islands. The title of the show refers to the social-media obsessed and post-truth age we live in, where fiction frequently masquerades as fact.

It was Andy Warhol who predicted that in the future everyone would be famous for fifteen minutes, but even he could not have predicted that each of us would one day have our own personal media channels through which to promote the brand of self-twenty-four hours a day. The consequences of the digital age are only now becoming apparent, and we are only just beginning to understand what the final cost might be.

As artists The Connor Brothers have always been interested in the blurred line between truth and fiction, and in this exhibition they explore that boundary, and what it means for each of us. The fact that we, as humans, need to develop an online social media image that is not an accurate reflection of our lives reveals an uncomfortable truth about us all.

What exactly that truth is maybe hard to pin down precisely. Perhaps it’s that the contemporary world feeds us constant adverts designed to make us feel an inadequacy relieved only by purchase, and this has become mirrored in our social media lives where online approval temporarily gives us a reassuring hit of self-worth. It seems that our greatest subconscious fear really is that we are ordinary.

The images chosen for the paintings in this exhibition originate from 1950’s Pulp Fiction novels. The worlds these books created were designed to provide readers with an escape from the mundanity of ordinary life. There is a sense in which they provided the same escapism we now seek online as we scroll endlessly through images of lives supposedly more interesting than our own. The text added to the paintings, whether the artists own or borrowed from writers they admire, is, for the most part, intended to call into question the truth of these fabricated worlds. 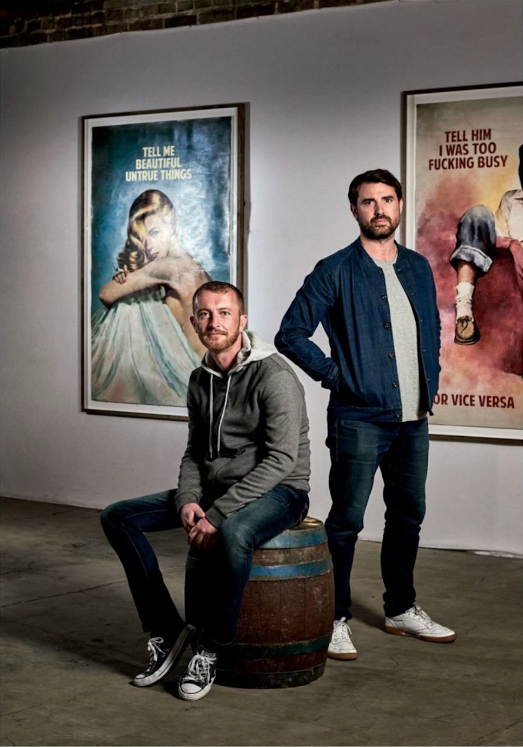 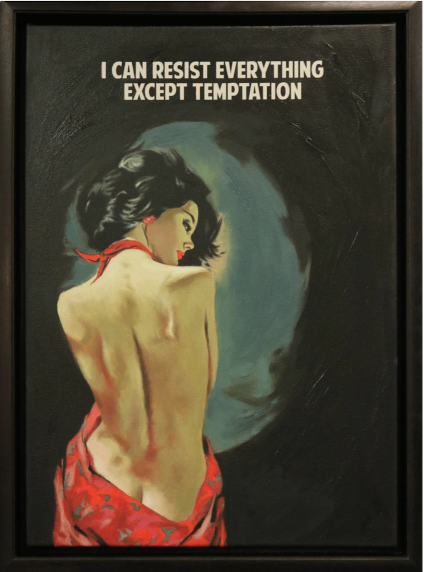 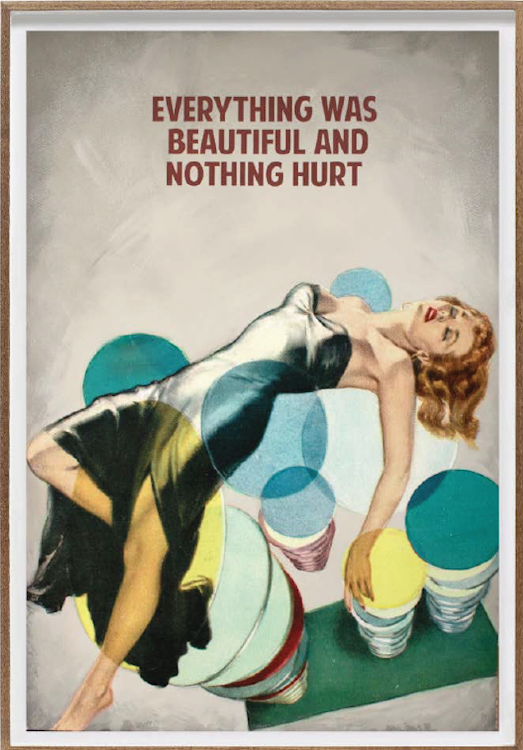