Private & Public Space are delighted that Jasmine Mansell has curated her first exhibition since joining the gallery earlier in the year. Jasmine is highly creative, hardworking and has built an excellent rapport with our clients so I am delighted to provide her with this platform for her personal development within the art world.

One of the first things Jasmine commented on when she started with the company was how masculine she felt both the exhibition programme and the design of the spaces are and whilst over the last two years I have shown works by incredibly talented artists such as Helen Frankenthaler, Bridget Riley, Emily Thomas, Sue Arrowsmith and given solo shows to Stacey Yates and Emily Allchurch (something never offered to any man) I was left wondering how it might be possible to make the gallery environment feel more inclusive.
Prior to joining the gallery Jasmine worked in interior design and brings with her a wealth of knowledge and experience in how to create beautiful spaces with layers of decorative elegance.

She appreciates that turning a house into a home, and in doing so creating a sanctuary away from the pressures of modern life, is vital in order to provide a sense of peace and tranquillity while simultaneously conveying refined elegance combined with cultural sophistication. As such she has embraced a very deliberate curatorial strategy of applying a feminine theme where form is celebrated and floral symbols and patterns act as signifier motifs.

But this is not an exhibition curated to be purely set within the boundaries or constraints of a feminine stereotype. This is an exhibition that asks questions about how we perceive interior decoration within the context of our homes from a female perspective and how, in art, figuration and abstraction can play an equally important role in informing ideas of feminine empowerment and beauty in equal measure.

I sincerely hope that you enjoy our summer exhibition and take home a treasure that will make a sophisticated design statement within your beautiful home.

Until recently Sir Claude Francis Barry was not a widely known name in British modernism.
This is possibly because he came from a wealthy, aristocratic family and sold few of his works during his lifetime, leaving a prodigious body of work in his studio on Jersey when he died. Barry was educated at Harrow and, against the wishes of his family, followed his inclinations as a painter from the moment he left school.

He studied in Newlyn - then a burgeoning centre of painting - and from the age of 23 exhibited at the Royal Academy and later at the Royal Society of British Artists and the salon des Artistes Francais.
Indeed, his style was in some ways more aligned to French than to English painting.

A native of the Channel Islands, Nicholas Romeril captures the essence of what is central to so many islanders’ lives. His striking motifs of boulders, sand dunes and foaming seas create beautiful and dramatic visions of pristine coastlines.

Nicholas Romeril was born in Jersey, in the Channel Islands on 11 October 1967. Between 1988 and 1993, he attended Camberwell College of Art and Design in London, obtaining a BA (Hons) in Fine Art and an MA in Printmaking. During his course at Camberwell, he won a travel scholarship from the Royal Overseas League International Competition, allowing him to travel and paint in Mexico. On his return, he published and exhibited his work for the Royal Overseas League in St James, London.

After a few years working in the capital, he became frustrated at his inability to see a whole vista in London, and was drawn back to his native Jersey.

Originally from Latvia, has huge talent and an amazing array of technically developed skills that enable her to capture beautifully feminine atmospheres. Exclusively for this exhibition she has created mixed media abstract collages inspired by the female form.

Her work is empowering and serene with a vibrant and calming colour palette.

REBECCA LEIGH is a London based artist whose portraits, seemingly from a bygone era, are represented and reimagined with a modern, naïf and even whimsical twist to create unique imagery in a style that is instantly recognisable.

A particular favourite with the British Royal Family she sold her first painting from a shop window on the Kings Road in Chelsea three years ago.

Since then her popularity, and collectability, has grown steadily and she is now feted by actors such as Sadie Frost who recently hosted her own private viewing of Rebecca’s paintings at her home in Regents Park to an international celebrity audience.

DANIEL PORTER’s paintings explore the very nature of painting both as cultured language and sheer expression and he disregards the classical polarities of abstraction and representation, past and present, canvas and frame.

Assertive compressed gestures, sweeping complex textures, a lush palette, and the dynamic interchange of light and dark are all traits of his distinctive signature. With their maximalist gestures and beautiful saturated colours, his works are opulent and theatrical. Painted onto canvas they embrace joyous spontaneity and directness in equal measure and have echoes of the post-impressionist period, of Monet and his magnificent home in Giverny. 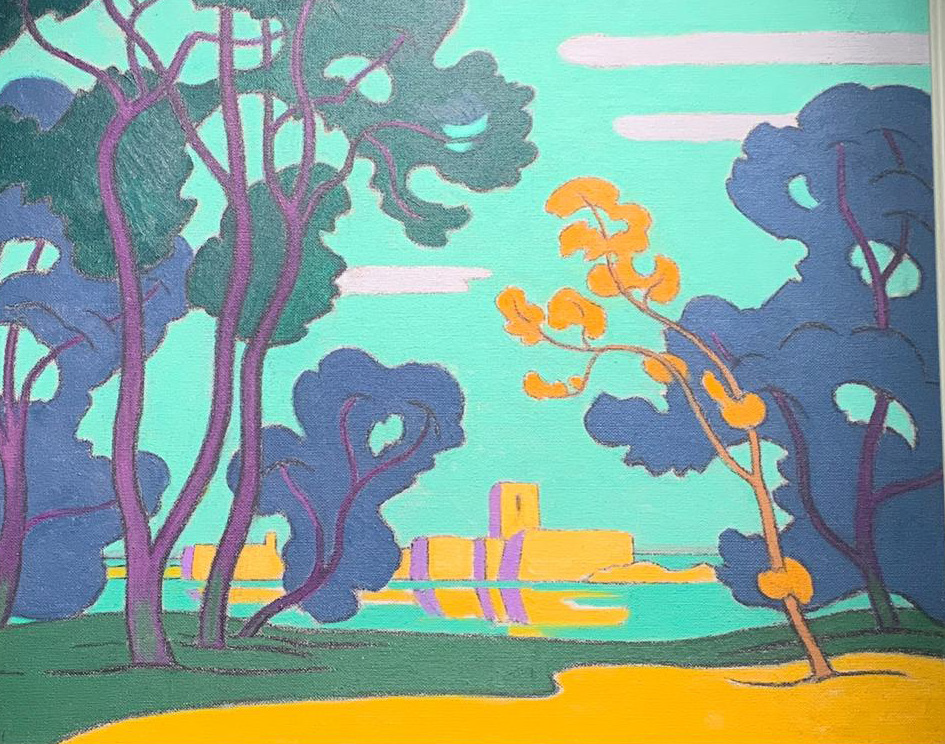 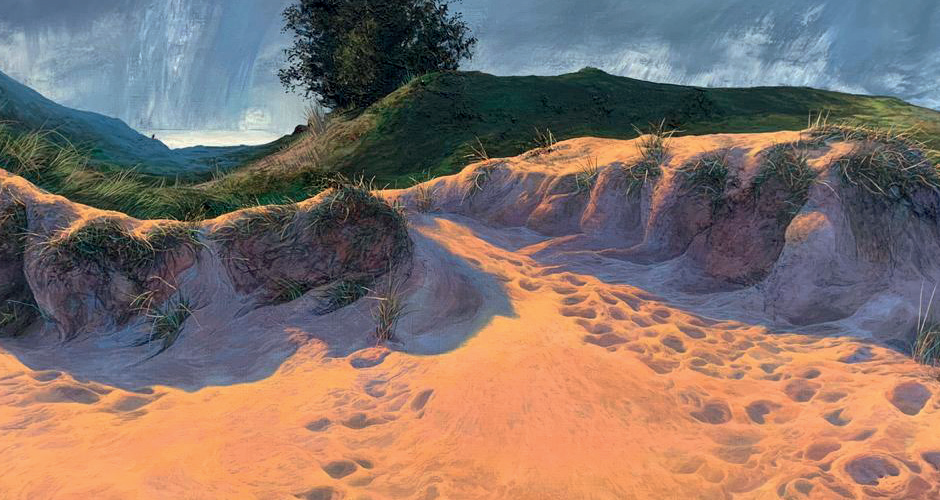 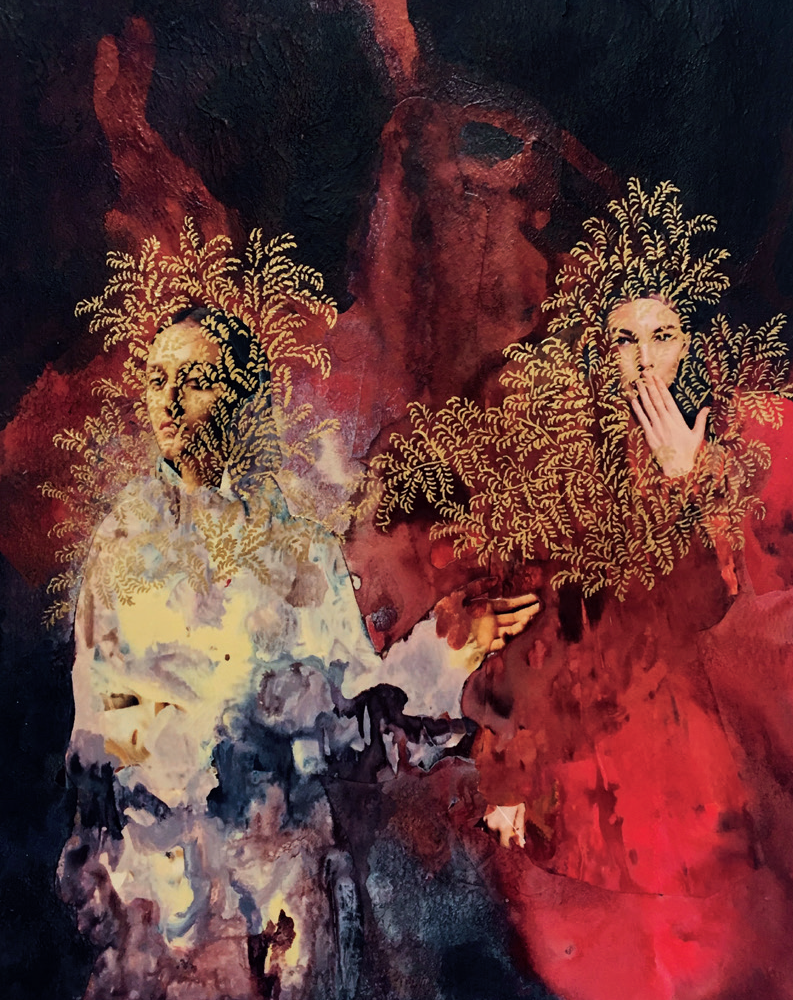 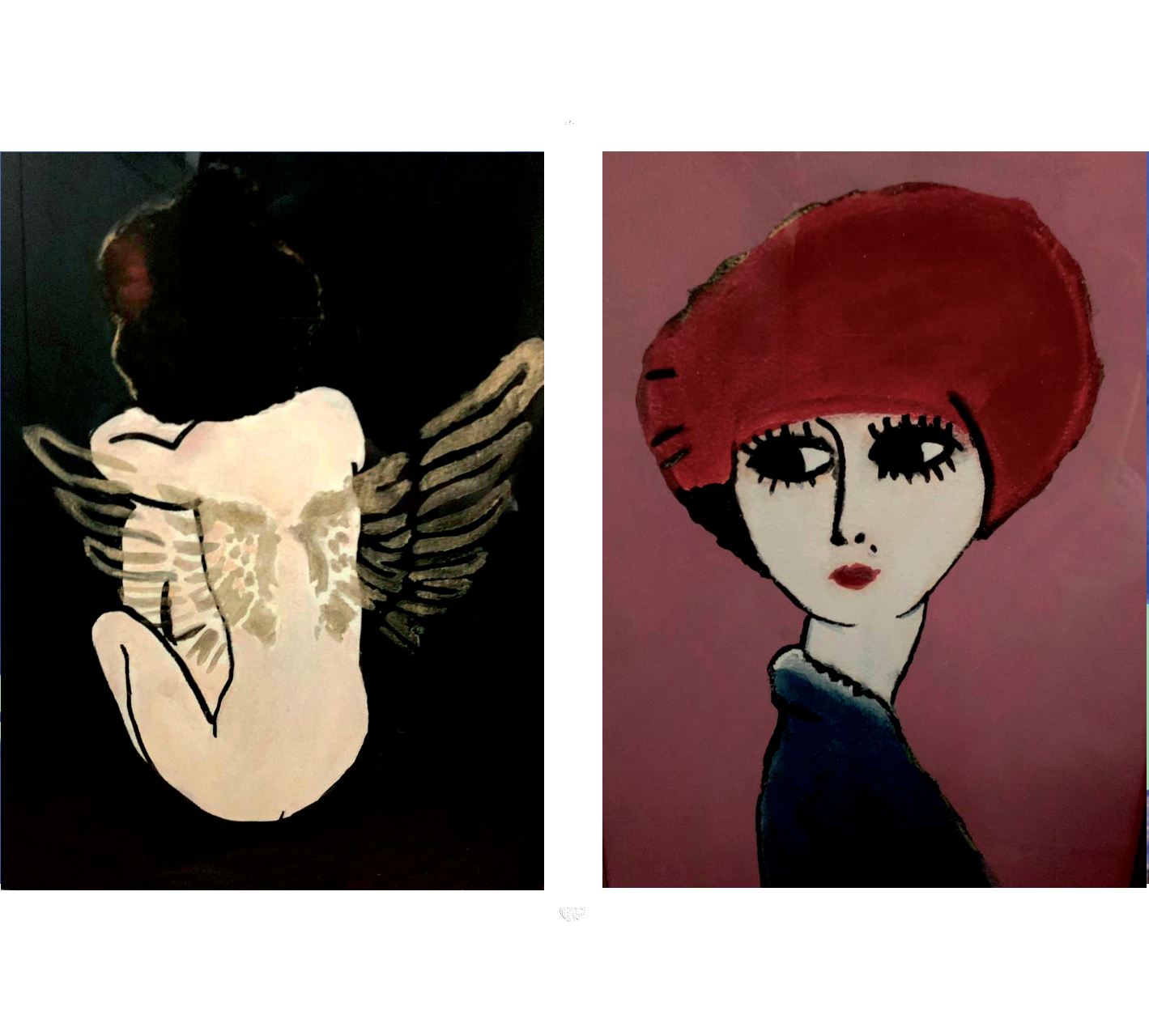 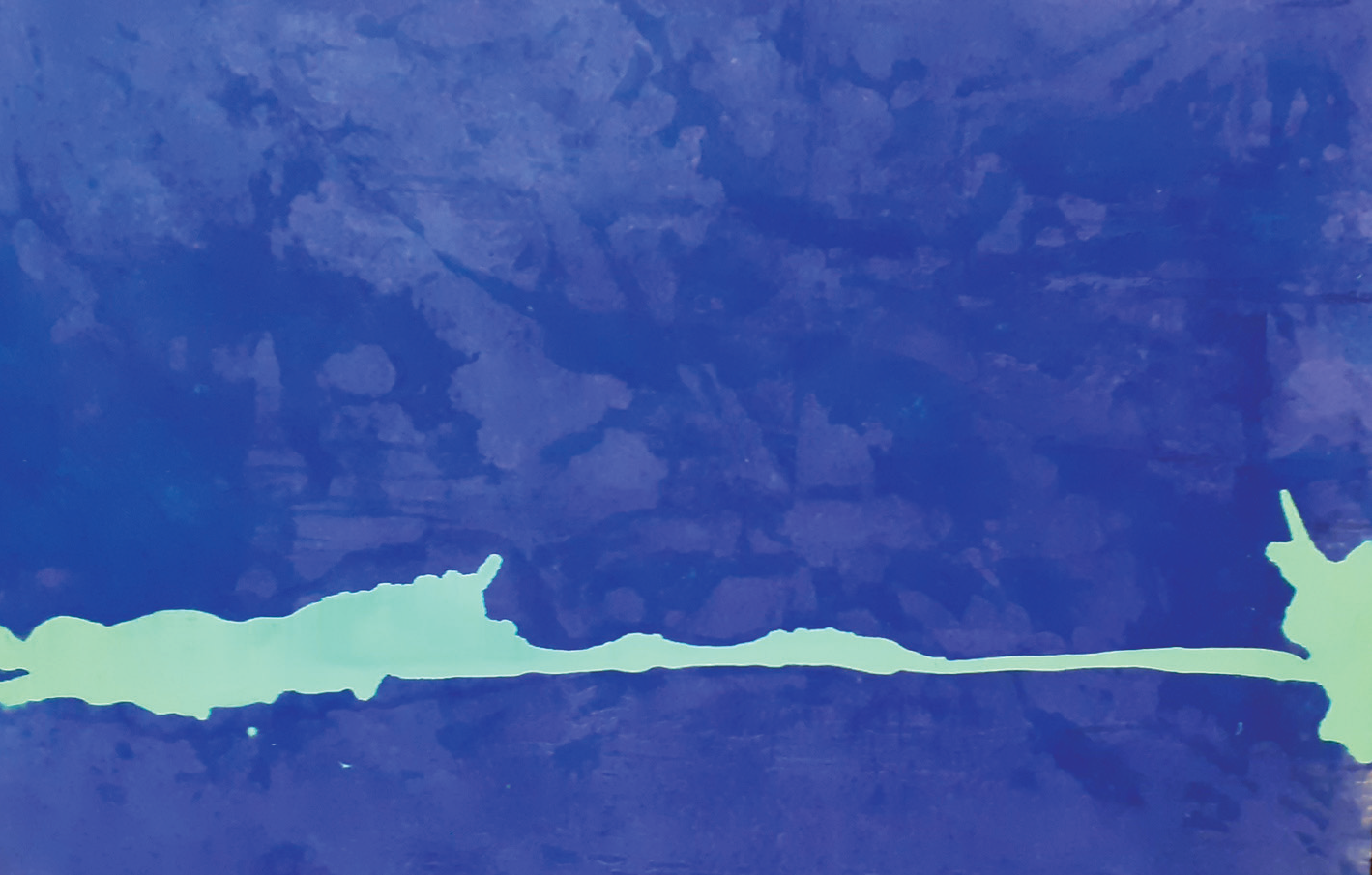