Showcasing the work of two very talented Antarctic adventurers, featuring poignant photographs taken over a hundred years ago and on display in the Island for the very first time.

Sponsored by Voisin Law, ‘The Ice Breakers’ is a new exhibition showcasing work from Herbert Ponting alongside local artist Nicholas Romeril. The exhibition explores the work of the both the very first and the most recent cultural attachments to the polar expeditionary force.

Visitors to the gallery will be led on an historic journey through a series of photographs taken by Ponting during the winter of 1911 when he joined the Terra Nova Expedition, officially the British Antarctic Expedition.

Ponting took some of the first known colour still photographs of the expedition led by Robert Falcon Scott who wanted to be the first to reach the geographic South Pole. Having got there on 17th January 1912, the team discovered they’d been beaten to it 34 days earlier by a Norwegian team. 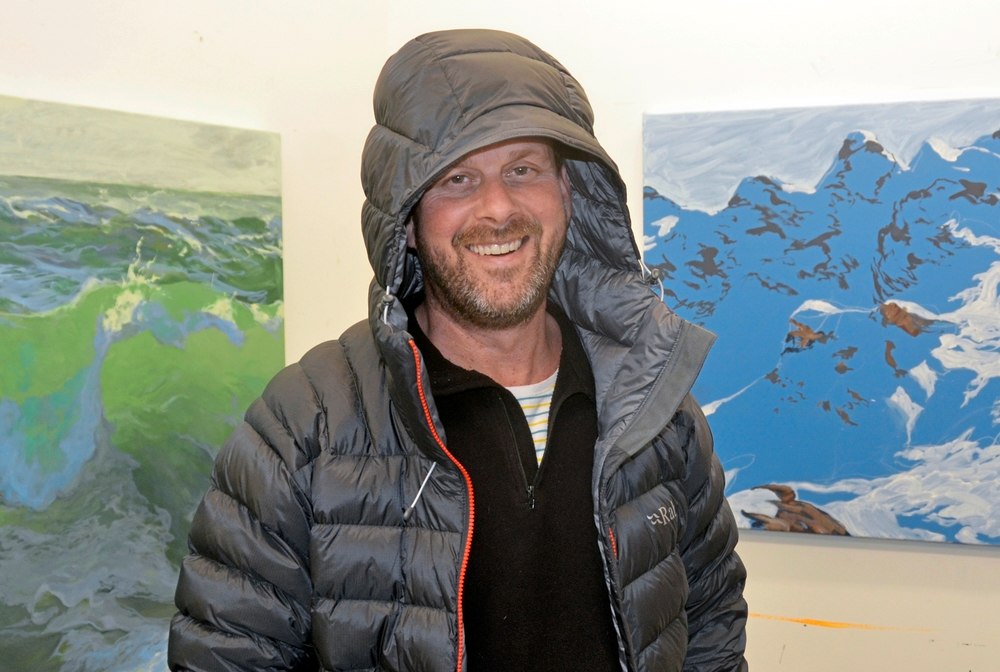 Tragically Scott’s entire party died on the way home and Ponting’s photographs, the only visual record of this historic expedition soon became a memorial to Scott and the team.

More than a century later, Jersey artist Nick Romeril embarked on his own Antarctic expedition when in January this year he was the 2018 artist in residence for the Friends of Scott Polar Research Institute.

He travelled 3500 miles in total on board HMS Protector and was taken close to some of the colossal blue bergs which feature among the 200 plus small paintings and drawings he created during the trip and examples of his recent oils as well as a selection of local seascapes will be available for purchase. 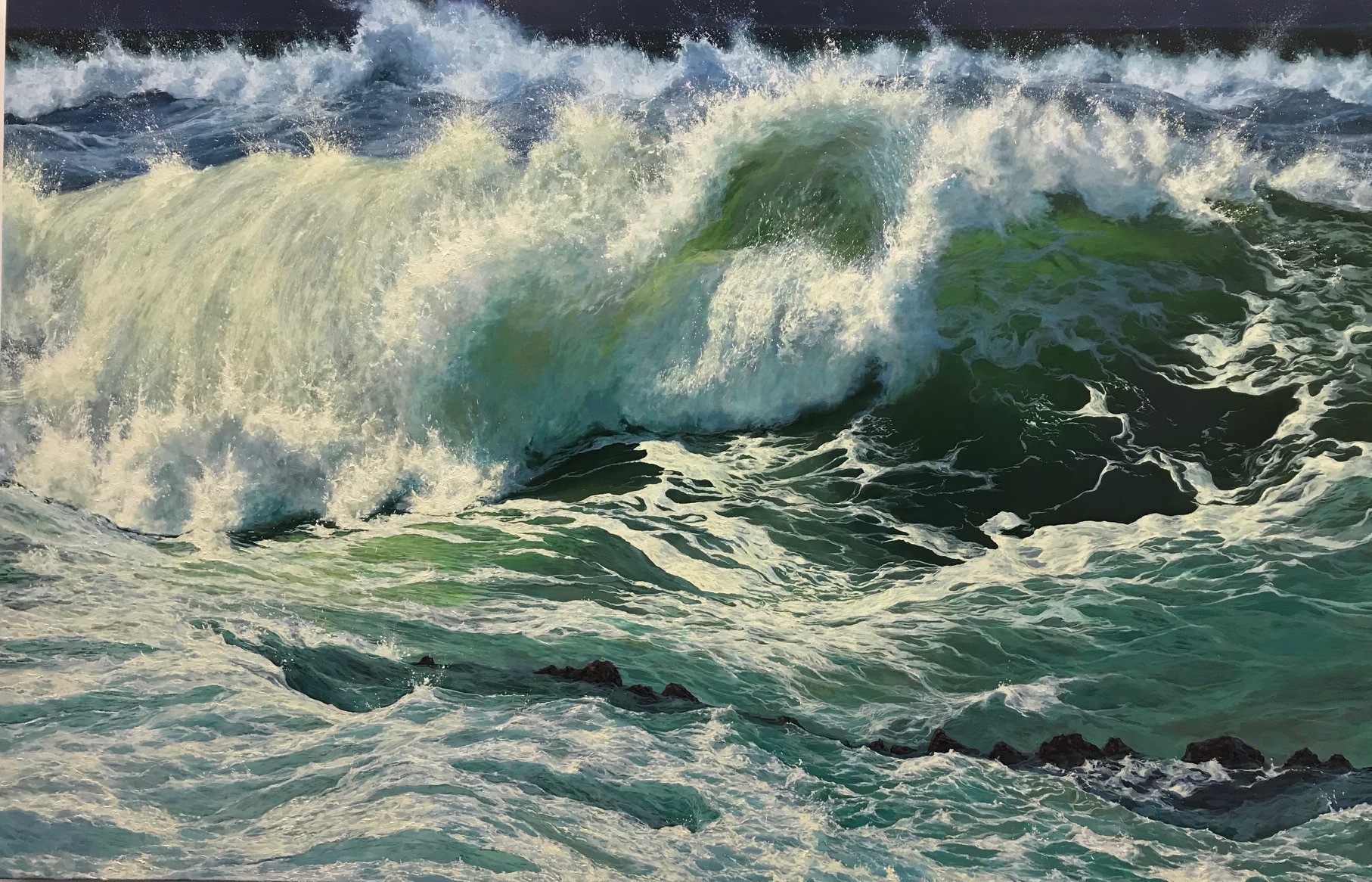 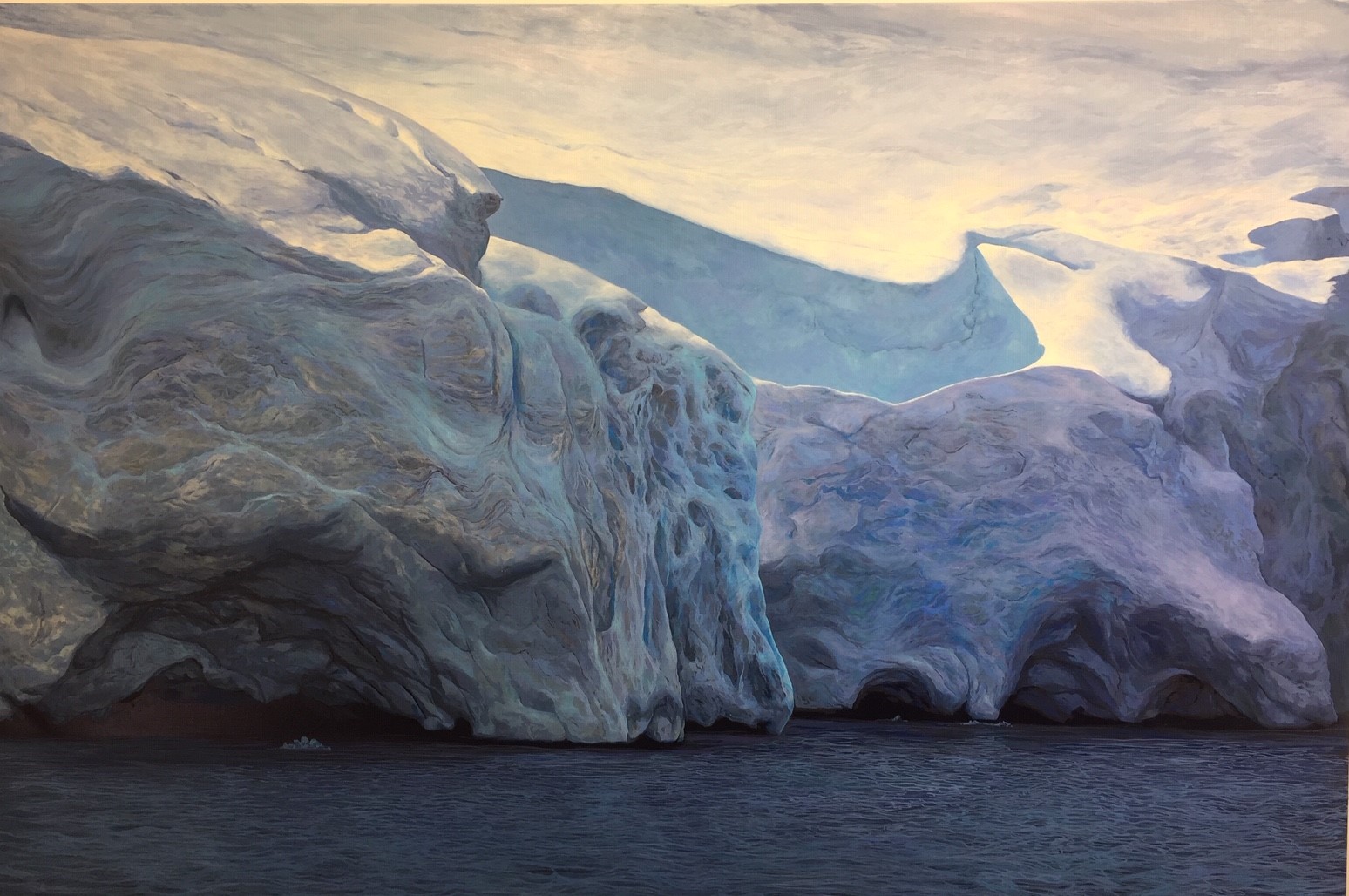 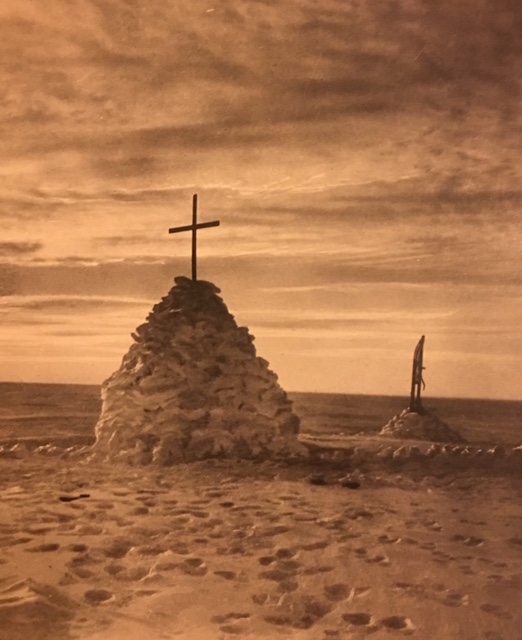 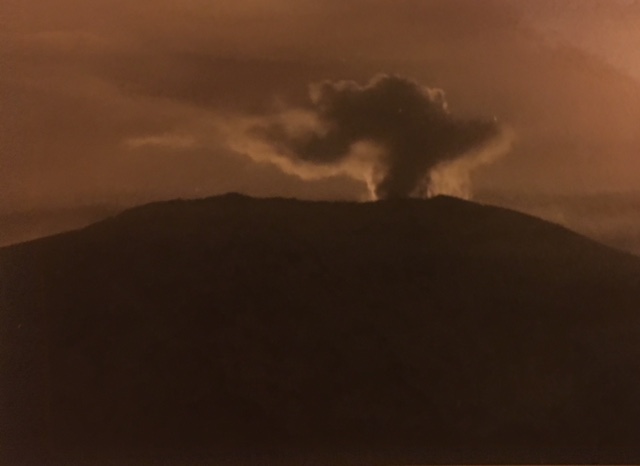 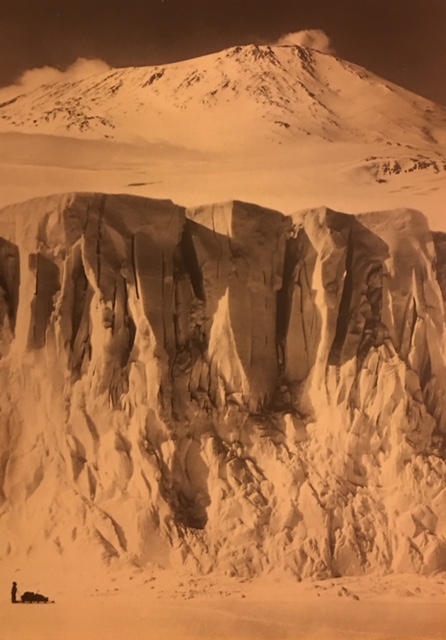